We remain open for business. Read our latest Coronavirus update

Get a free quote & product estimate

Naybur Bros was founded by Roland Barrell in 1948, just after he left the navy.
The first premises where Naybur Bros resided was just a small yard opposite the Woolpack pub in Southgate, North London, where they operated their tree felling & demolition business.

In the mid-1950s, they moved to their present site at The Ridgeway in Potters Bar, Hertfordshire, when Roland realised that it was very difficult for the general public to obtain hard landscaping products. From that time, Naybur Bros became one of the first companies in London to concentrate wholly on the supply of hard landscaping products. We now also supply a wide range of building materials fencing, tools, aggregates, turf & soil.

In the 70s, Roland was joined by his sons John Barrell, David Barrell, Peter Barrell, and son-in-law Steve Evans. Roland retired in the mid-90s leaving his sons to continue running the business. In the new millennium his grandchildren Paul, James, Daniel & Mark also joined the company, making this the third generation of the family involved in Naybur Bros.

Naybur Bros have always regarded customer satisfaction as their ultimate goal, making sure customers receive all the advice and help they need to complete projects of any size. 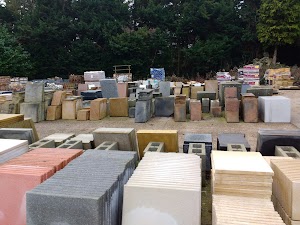 Andrew Thompson
05:57 21 Jun 18
great service and they know their products

Jules Mbuh
13:10 27 Sep 17
They are the best in prices and also with assisting you make the right decision and choices.